The press release for the Data Editions Season Two commissions, including a Poetry section, is below. 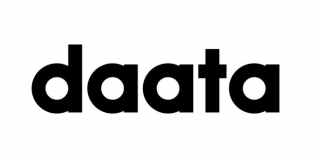 Tracey Emin, Jake Chapman, Jacolby Satterwhite, Casey Jane Ellison, and Rashaad Newsome have been announced amongst the leading international artists commissioned for Season Two of Daata Editions, an innovative online platform for the sale of easily downloadable commissioned artist video, sound, web and poetry art editions. The first set of editions will be released to coincide with the opening of NADA and Frieze New York on 5 May 2016, with works available online from $100. Season Two commissions will also be exhibited at Daata Edition’s interactive NADA booth.

Daata Editions was developed to enable audiences to view contemporary artists who are working in digital mediums, showing artworks made for, and therefore best viewable on laptops, iPads, iPhones, screens and even cinemas. This new and innovative way to download and collect art is designed specifically to be a native platform to a new generation of artists who work with moving image and sound, and to empower artists, audiences and the marketplace in an area of artistic practice that remains underrepresented within traditional art market models.

On 5 May 2016 the first set of Season Two artist commissions will be released online. Tracey Emin, Jacolby Satterwhite, Michael Manning and Rashaad Newsome will each present a series of six works. Leading British artist Tracey Emin is known for her varied practice that draws inspiration from events in her life and explores self-representation and the feminist discourse. For her Daata Editions commission Emin has produced a new series of highly personal poetry works for the new Poetry section of the website, which explore how sound can express essential emotions.

In his new series of work for the Video section, multidisciplinary American artist Jacolby Satterwhite explores blockbuster movie tropes, disaster films and queer eroticism in a futuristic suite of films En Plein Air Abstraction (2016), featuring floating mechanics gliding over sci-fi inspired global disaster zones. Using the internet as his medium, LA-based Michael Manning has produced a series of video works called Activity Playlist that take their conceptual basis and form from playlists created by streaming services such as Spotify, seeking to give visual form to the themes and moods presented in their musical playlist counterparts. Rashaad Newsome’s work examines the visual language of power and status, sampling heavily from hip-hop and pop culture.

A special selection of artist commissions curated by bitforms gallery will also be released concurrently on the 5 May 2016. Jonathan Monaghan, Sara Ludy and Quayola have each been commissioned to create two works for the Web section. Jonathan Monaghan’s sci-fi inspired work for Daata Editions uses the same high-end technology used by Hollywood and video game designers. Earthly Delight and Back to the Garden twist iconic imagery associated with the Garden of Eden creation myth, commenting on our uneasy modern relationship with both technology and utopias. Sara Ludy’s practice investigates the confluence of the physical and virtual. For her Daata Editions commission, Ludy has created Glass Dragons, a series of animations depicting serpent-like forms produced through extensive manipulation of software filters. Quayola uses photography, geometry, time-based digital sculpture and immersive audiovisual installations and performances to explore the tensions and equilibriums between the old and new, the real and artificial. His new commission Pleasant Places #S006.201 is a computer-generated animation based on 3D-scanned natural scenery in southern France which pays homage to the tradition of landscape painting, while also alluding to a pivotal moment within its history when representation began to verge on abstraction.

Further details of commissioned Season Two works will be announced in the coming months, with works released in sets to coincide with major art world events throughout 2016. In addition to the commissions available for purchase, all subscribers to the platform receive a free Jon Rafman artwork. For more information and to sign up for your free Jon Rafman edition visit the Daata Editions website at https://daata-editions.com/

About Daata Editions Daata Editions is an online platform for the sale of commissioned artist video, sound, web and poetry art editions. This new and innovative way to collect art is designed specifically to be a native platform to a new generation of artists who work with moving image and sound.

Artworks on the website are currently divided into three different tranches Video, Sound and Web, according to their medium and the technologies used for their production. A new poetry section has been commissioned for Season Two. The Daata Editions logo is being used to watermark video files and protect artworks’ copyrights online. For sound files a Daata Editions sound logo has been created from the word Daata being transcribed into a binary code and has been imported to the artworks.

Daata Editions will release the 6th and final artwork from the Season One commissioned artists at the inaugural Independent Brussels in April and will also preview some artworks from Season Two. Season One editions have entered into the collections of the Hammer Museum (Los Angeles), the Julia Stoschek Collection (Düsseldorf), the Zabludowicz Collection (London) and the Kiasma Museum of Contemporary Art (Helsinki). Collectors, including Robert and Renee Drake, as well as galleries including Elizabeth Dee (New York) and Marc Foxx (Los Angeles), have purchased multiple artworks from the platform.

David Gryn is the founder and director of Artprojx, screening, curating, promoting and lecturing on artists’ moving image and other art projects, working with leading contemporary artists, art galleries, museums, cinemas, art fairs, art schools and film festivals worldwide. David is the Curator of Film, Art Basel in Miami Beach. In 2015 he launched the online platform Daata Editions, aimed at empowering artists, audiences and the marketplace with the commissioning and sales of video, sound and web based digital artworks.

From: PoetryFilm
← Seeing Sound symposium: documentation
Sinestesia: screening in Barcelona, 7 May 2016 →
No comments yet