What Does Dada Mean Today? Contemporary Dadaists on Dada

Three Rooms Press featured me in their latest newsletter on the theme of “What Does Dada Mean Today?” Scroll down to read my response. The full newsletter is pasted below.

2016 marks the 100th anniversary of the birth of Dada, and the tenth anniversary of Three Rooms Press’s contemporary Dada anthology series Maintenant. Born in 1916 as an avant-garde reaction to World War I, Dada was “an alarm signal,” deconstructing art and convention to illustrate dissatisfaction with war and convention, rules and meaning. Now, one hundred years later, we believe Dada is as important, as necessary, as ever.

As noted in the introduction to MAINTENANT 10: “Humankind increasingly is able to dissipate the need for intellectual sustenance. Perhaps the same will hold true in the next century for nutritional sustenance. As Hugo Ball once said, “Dada was not a school of artists, but an alarm signal against declining values, routine and speculations, a desperate appeal, on behalf of all forms of art, for a creative basis on which to build a new and universal consciousness of art.” For ten years, Three Rooms Press has actively sought out the work of contemporary Dada artists from around the world. For one hundred years, Dada—the alarm signal—has continued.”

To celebrate the release of Maintenant 10(0): Warm/Hunger (June 2016), we asked six contributors to try to answer just what Dada means to them. Here’s what they have to say:

Dada (bye-bye) was my first word, and my infantile word for everything.  My father was the first Dada I met. On our farm he used every piece of detritus, repurposing it for unimagined uses, both practical and whimsical, collaging the buildings on our farm, rigging quixotic networks. My own work is conceptual Dada, pastiches of ruined ideas from which I salvage what humanity I can.

In their play, children mimic the destroyer as well as the creator. The children of Dada were the children of Europe, ruins themselves, the animated ruins of Europe. Though they mimicked the work of the destroyer, it was creation to which they unreflectively repaired, making in spite of themselves, in spite of Europe, showing it their monsters in its broken mirror. Like the poet in the Phalarian Bull, their song was beautiful even as they burned. Dada is finding our humanity in the wreckage, where it always lies, whether we like it or not.

2. Thomas Fucaloro
What dada means to me? Hmmm I guess it means the silence of clarity. The falsehood of meaning. The letting the rocks fall where they may. When writing it I think it’s about not focusing on meaning. When reading it I think it’s about finding your own unique meaning. Cubist? I think of Gertrude Stein and tender buttons. I think of the ingredients on a cereal box. I think of the cereal. Yes that is what dada means to me: cereal.

Dada prompts in me a primal need to provoke and initiate a concern for the reasons why I make art. In essence I’m constantly questioning my role, how I’m at an advantage to do and say something with respects to its philosophy and aesthetic separate from the facets of commercialism, promoting a self-adventurism and uniqueness which allows me to shock, affect the complacency and banality within the establishment.

4. Philip Meersman
Dada for me is a point of view (or a way to portray the world) which shows the (un)expected, the (un)intended, the rare, the common, and experimental without being bound by rules. Dada sheds off all rules, restrictions, and regulations to blossom via informality. Total freedom to create, in which “total” relates to subject, form, medium, means of expression, carrier/canvas, or the opposite of these. To not-be is as much the non-object of creative experiment as the world we’re living in. And even that is too restrictively defining what is possible within Dada.

The history of Dada as an anti-war, anti-establishment, and an artistic revolution, then as a movement that upended bourgeoisie sensibilities is still raging today.

Cabaret Voltaire (Zurich, 1916) vas named after French writer and his novel Candide which mocked the idiocies of Voltaire’s society.

In 1920 Dada moves to Paris where many of the artists and poets started their apprenticeship in the movement, that later they would leave for Surrealism introduced by Andre Breton.

Unfortunately The Dada-Centennial created a fever in some of the quarters of corporate cultural institutions, local and international, in an effort to monetize Dada, finding a way to capitalize on Dada-100, citing a long cultural investment in Zurich, Bucharest, and Paris etc.

The difference between the historical Dada, surrealism and the counterculture that followed and the present conspicuous consumerism of avant-garde bears the question: actually where is the authentic dada.

“Dada is an inherent part of the human condition.”

On Monday, June 20, come celebrate the 100 anniversary of Dada at our Dada Salon at Cornelia Street Café. Doors open at 8:15. Admission is $9, which includes a free drink. Cornelia Street Cafe is at 29 Cornelia Street, in the West Village, between W. 4th Street at Bleecker (http://corneliastreecafe.com). Reservations and additional information: info@threeroomspress.com.

On Monday, June 20, come celebrate the 100th anniversary of Dada at our Dada Salon at Cornelia Street Café. Doors open at 8:15. Admission is $9, which includes a free drink. Cornelia Street Cafe is at 29 Cornelia Street, in the West Village, between W. 4th Street at Bleecker (http://corneliastreecafe.com). Reservations and additional information: info@threeroomspress.com.

Keep up to date with the publication of Maintenant 10(0) by following Three Rooms Press on Facebook or on Twitter @ThreeRoomsPress.

I am honoured to have been invited to present the keynote talk at The House of Lords on Wednesday 22 June 2016. The topic of my keynote will be “the creative opportunities at the intersections of poetry and film”. The event will be hosted by Yogesh Patel and The Lord Parekh. Full details below.

END_OF_DOCUMENT_TOKEN_TO_BE_REPLACED

I was delighted to hear that my artwork “Warm/Hunger” was selected for inclusion in Maintenant 10(0) journal, celebrating 100 years of Dada, and thrilled to discover that my work was selected to be featured on Page 1 of this 177 page publication of contemporary Dada writing and art. Thanks to Three Rooms Press New York. There will be launches and performances in New York, Zurich, Paris and London over the coming months. 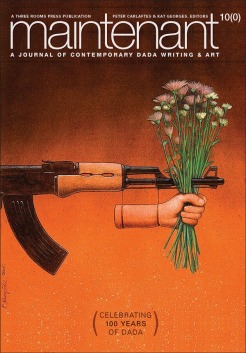 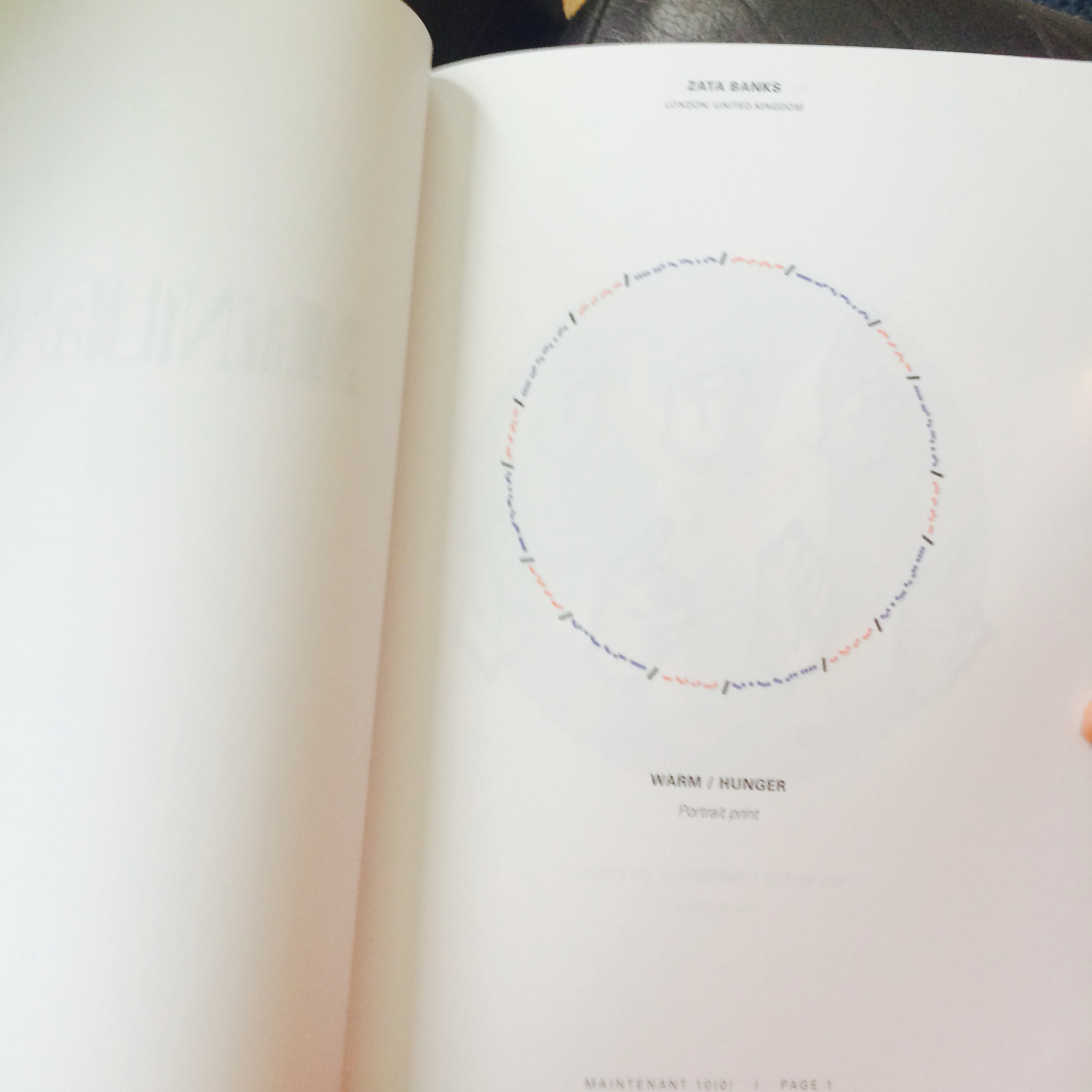 A few photographs from the wonderful Hidden Door Festival in Edinburgh. Three PoetryFilm screenings were presented and it was a sunny day! Thanks to Becky Padley, Charline Foch and the team. 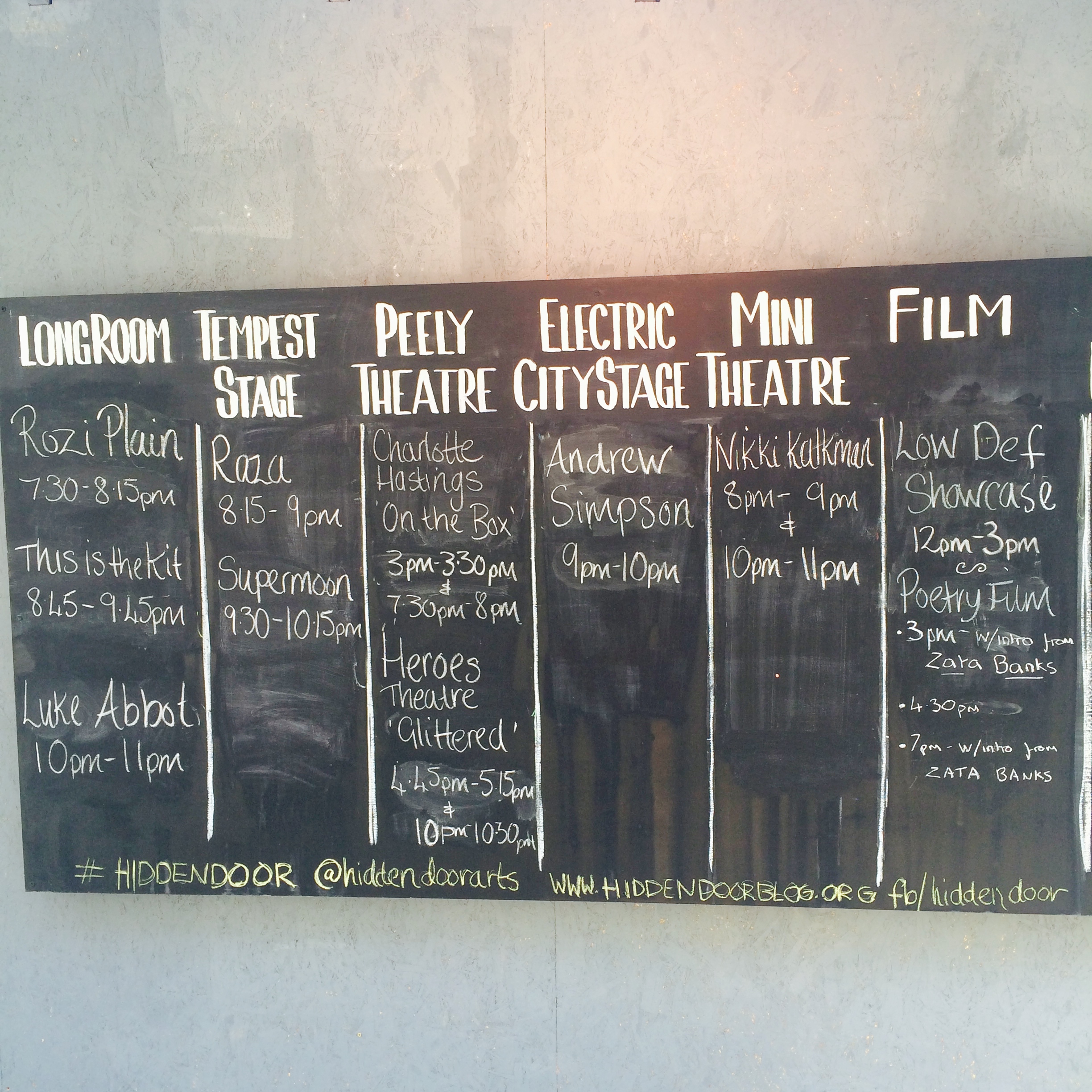 END_OF_DOCUMENT_TOKEN_TO_BE_REPLACED

A few photographs from the wonderful Backup Festival in Bauhaus-land (Weimar). Thanks to Aline and Guido and the team.